Herman Smorenburg was already at an early age fascinated by the visionary worlds as presented by the romantics and symbolists of the nineteenth-century and the surrealists. These influences together with interest in mysticism and his eduction at Amsterdam School of Art would him into a gifted idiosyncratic artist, who manages to touch upon the depth of life in his paintings 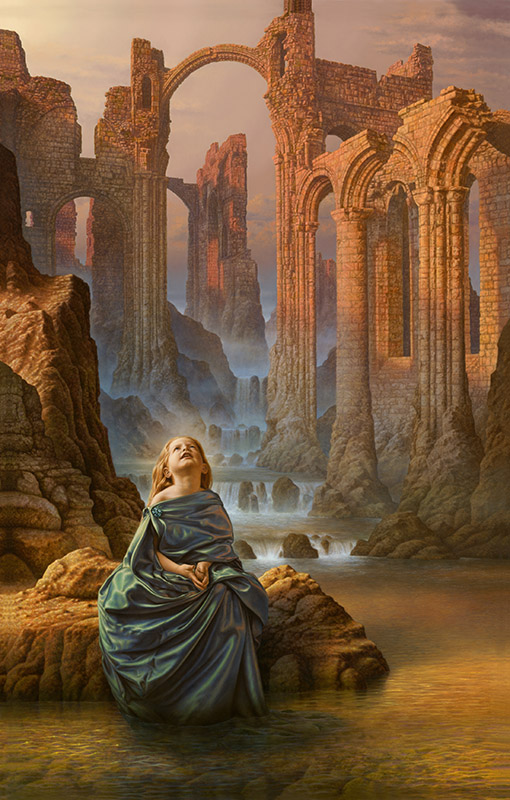 Herman Smorenburg was born in Alkmaar (1958). After his art study in Amsterdam, he studied the classical technique of glazing over a monochrome underground painting. This resulted in a manner of working which is characterised by great subtlety of colour effect and delicate degrees of light and shadow. His themes are determined by mythical and visionary landscapes, sometimes with architectural elements which point to a bygone era. Mainly female figures populate the world of his dreams. They invite the onlooker to step into the desolate landscapes and to experience the silence and serenity of his dreams.

“Art is the memory of divinity within Man”

In the course of time Herman Smorenburg has succeeded in raising his technique to great perfection, which in no small way contributes to the phenomenal quality of his artistic labour.

In starting a new painting he does not rush. In order to work out an idea he makes a preparatory drawing with charcoal and pencil. This is done on a background of rubbed out charcoal, so that he can work in a quick way with pencil and putty rubber to experiment with composition, light and dark contrasts, depth and atmosphere. The rough drawing is made quickly. In a dynamic process the emotions, which he will later integrate in his later painting, appear on the paper. In this way the original idea is, as it were, frozen. This is an exciting phase in the process of creating a painting. He is usually emotionally highly charged at this time. The point is to record the essence of the emotional blueprint in the drawing. As soon as this is successful the foundation has been laid and he can begin on the painting.

The first phase in the development of a painting takes the form of a detailed monochrome under painting, in which full attention is given to form and composition. Next, various transparent colour layers are applied. This is a time consuming process, in which each layer has to dry well, before another new layer can be applied. The shadows are kept as transparent and open as possible while the light areas are mostly applied in more opaque layers. In this way depth in the colouring and a play of light and dark effects is created.

Darkness and ugliness are absolutely absent. Beauty permeates every detail. It is a romantic and poetic desire to make the invisible visible in this life and to reach for what seems beyond the horizon and yet is so very near. It is an expression of longing for transcendence and an attempt to touch the mystery of existence, whereby the artist feels confronted with the tension between the evanescence of all things and the tendency towards spiritual growth and liberation. In this confrontation dominates the realisation of spiritual wealth and enthusiasm. Even the reference to Die Toteninsel by Arnold Böcklin in Dreams of Evanescence bathes in beauty and visual richness. 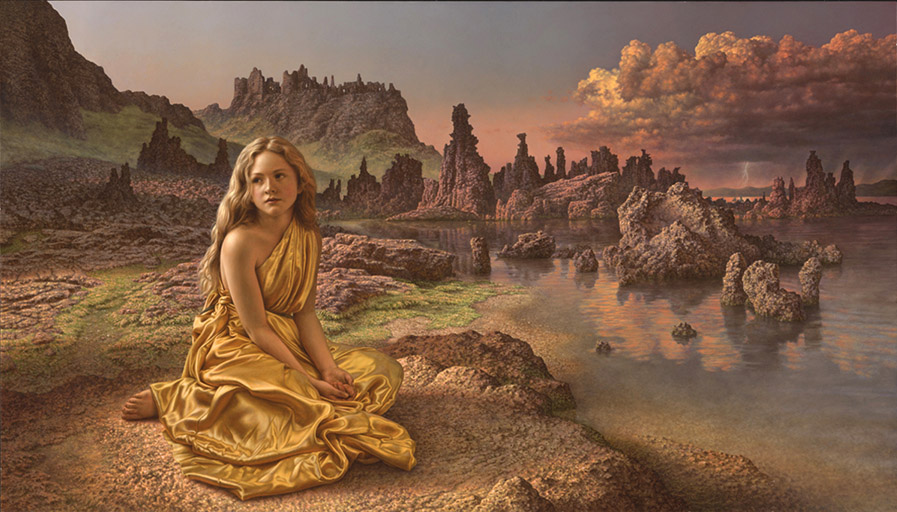 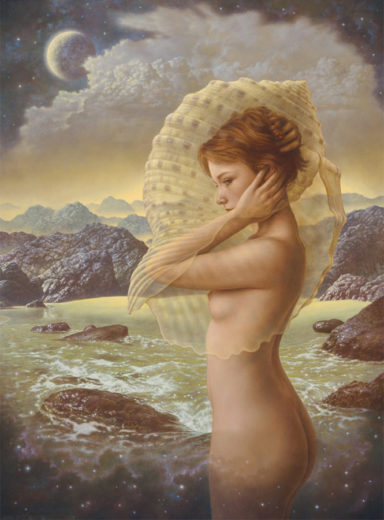 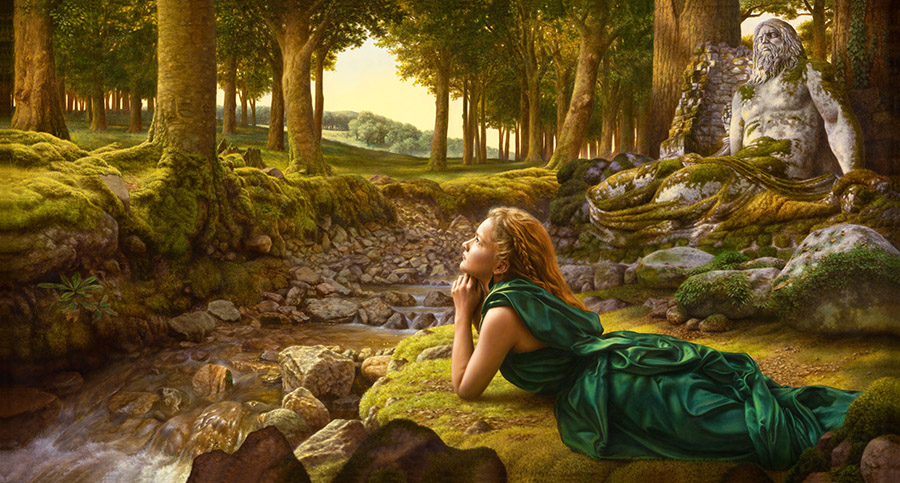 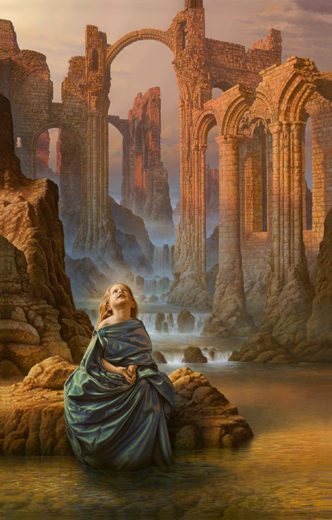 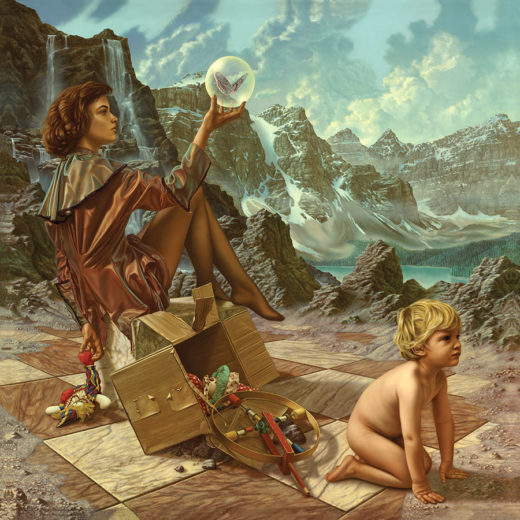 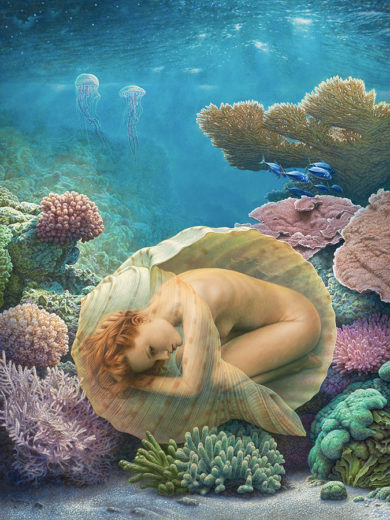 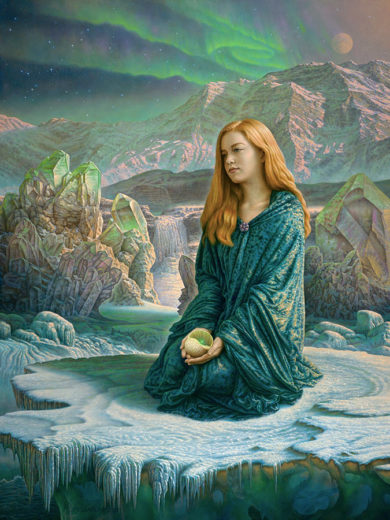 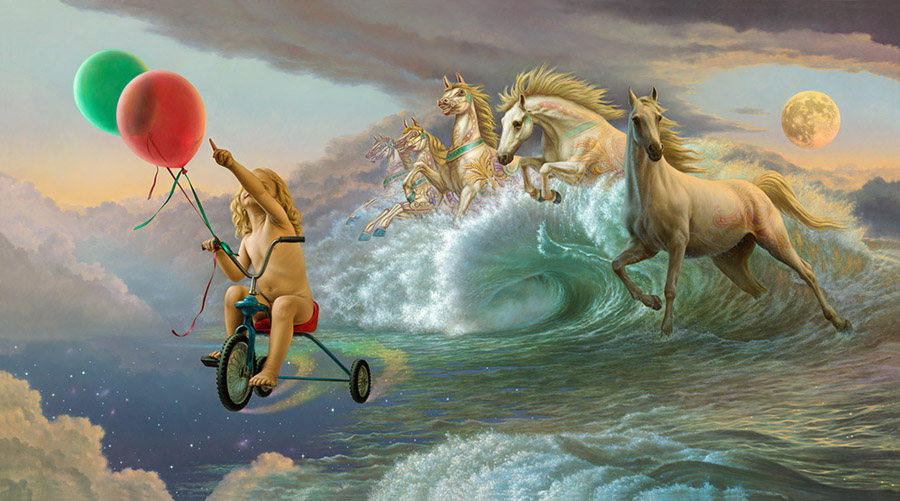