Peter van Oostzanen was born in the Netherlands in the ancient city of Leiden 1962. From his childhood on, young Peter was always drawing and painting or working in the craft corner in the barn creating something. After he graduated from school (Nimeto, specialization ‘painting and decorating’) he was able to express his creativity in his work as an artist at Hypsos. Here he traveled the world decorating exhibitions for brands and products, museums etc. Through this work he became friends with other artists’ who encouraged him to continue with his own art. After a traffic accident in the early 90’s, Peter van Oostzanen devoted himself seriously to making oil paintings. This period was important for his development in style and technique. The statement “It’s an odd world, but it is my world” dates from this time. 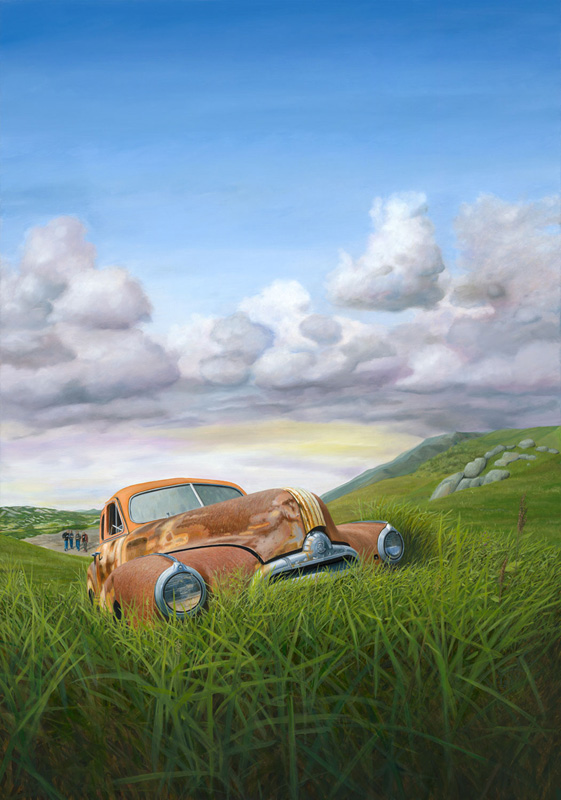 Peter’s works in a style related to surrealism and magical realism. His paintings often derive their atmosphere and theme from the alienating observations he had after his accident. He places everyday objects and situations in a new and often unlikely or impossible context, creating a sense of alienation. His works show a fantasized reality in which people are in strange places and unusual situations. Fantasized landscapes, buildings, unusual devices, people animals are combined in strange ways . “With my paintings I want to surprise the viewer. Depict things that look realistic but are impossible in reality. You see something, you recognize it, but you don’t understand it. And at the same time, I want to evoke recognizable feelings and emotions. ”

“There are still so many stories to tell.”

Although he has most affinity with more recent art movements such as the surrealism and magic-realism of Salvador Dalí and Karel Willink and the fantasy world of M.C. Escher, Peter is also inspired by modernists such as Andy Warhol and Piet Mondrian. At the same time he admires the classical Renaissance painters and the Flemish and Dutch masters, especially for their painting technique and skills.

The inspiration for his paintings often comes from things that strike Peter in daily life. That can be anything, for example an article in the newspaper or something he sees during a walk on the street. “Somewhere in the back of my mind that idea sticks. Usually after a while I get an inspired idea and I know what kind of twist I want to give to it.” Usually he makes a quick sketch of what he has in mind, to save that idea. When the time is ripe he uses them as a starting point for a work of art.
“If I want to develop it into a painting, I usually work according to the classic painting methods: I will draw it on a canvas or panel and then work it out layer by layer. Adding more and more details and color.” 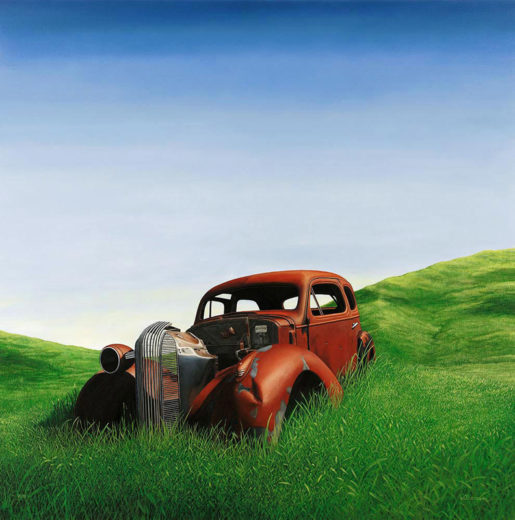 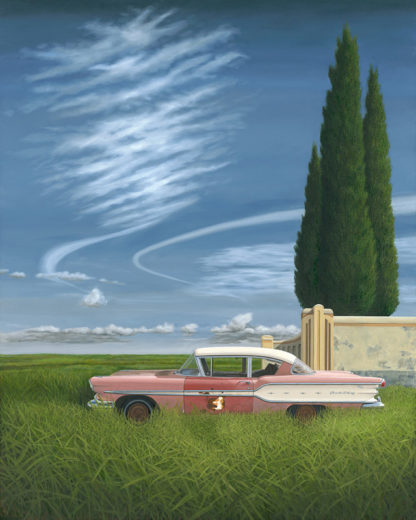 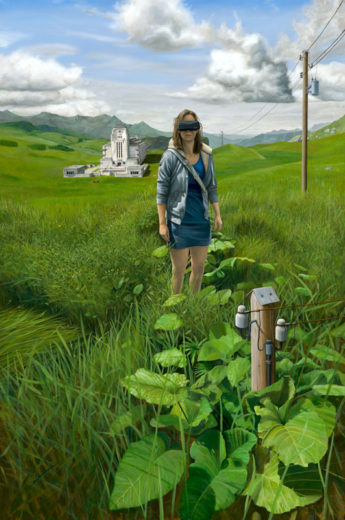 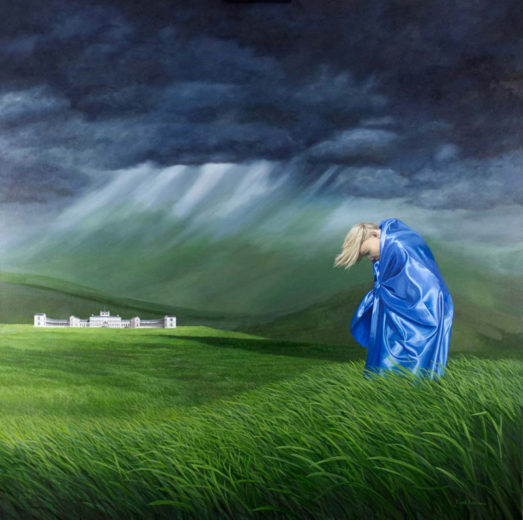 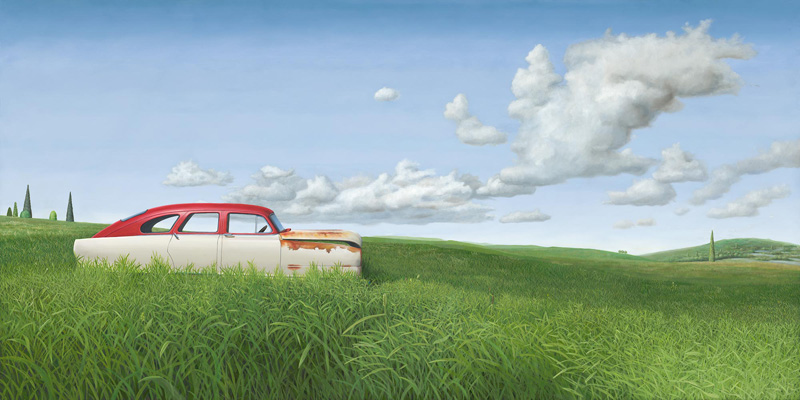 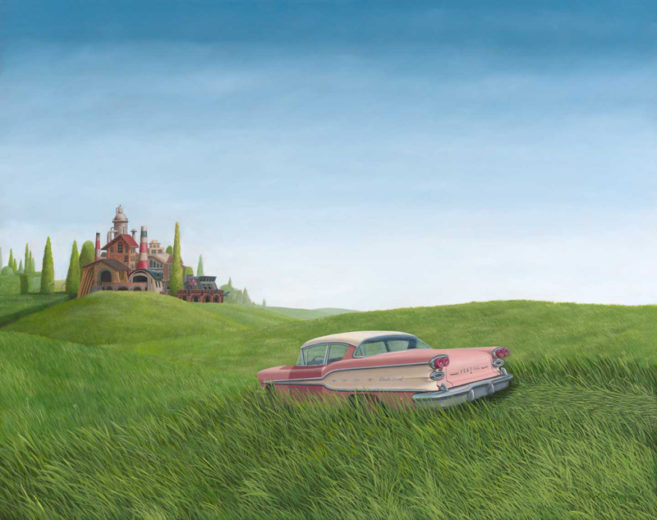 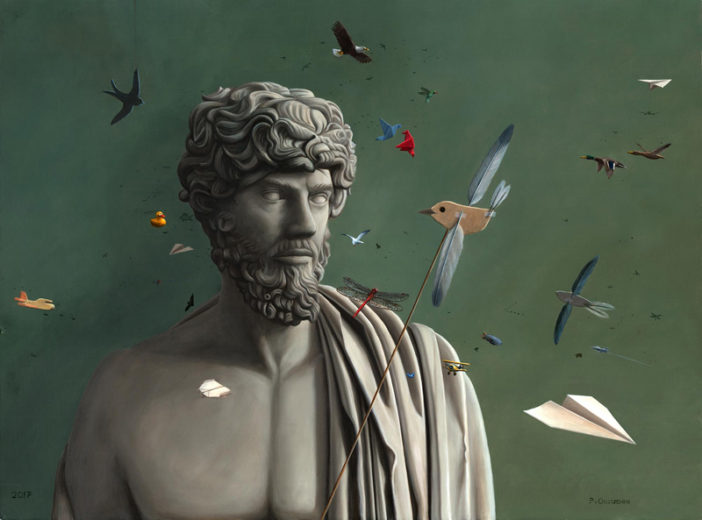 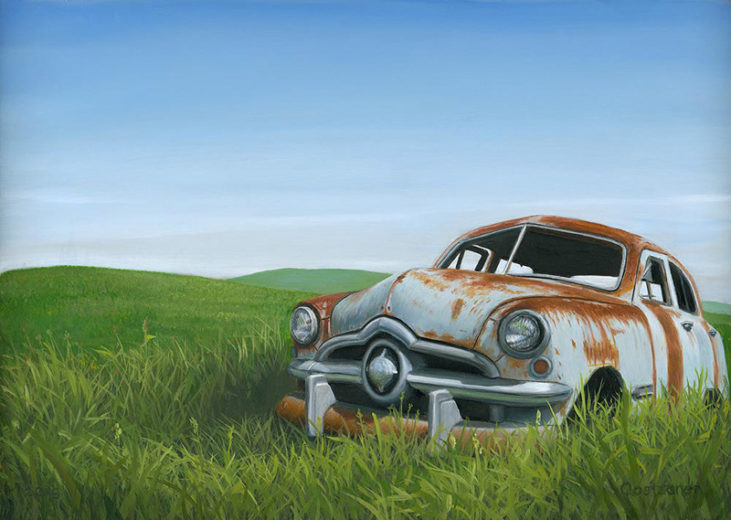 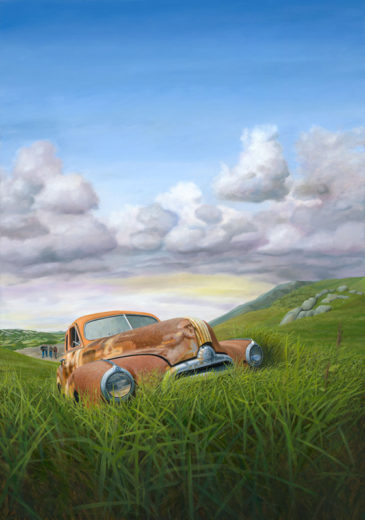 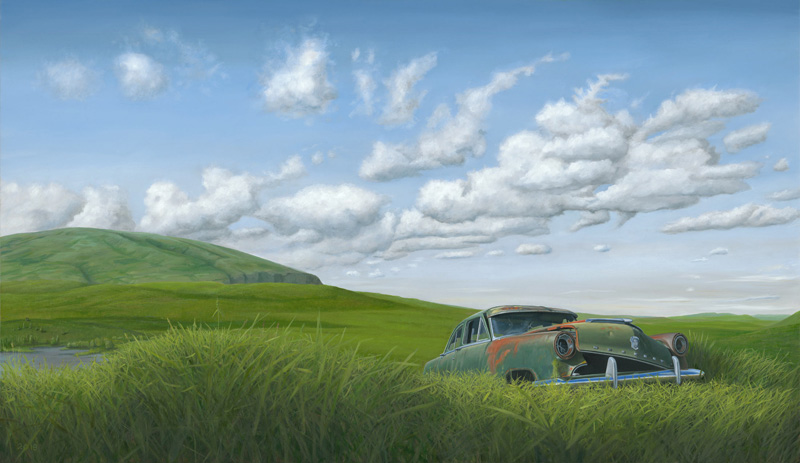