Eli Tiunine, was born in 1957 in Poland. It is in Warsaw that she spent her childhood in a family entirely turned to painting and art. From the 50th to the 90th, her parents, renowned frescoes’ restorers, practiced their art in more than fifty Polish churches and historical places, most part of them having suffered destruction caused by the Second World War. One of their most famous restoration will have been the Saint Anne’s Church, in the historical center of the Polish capital. 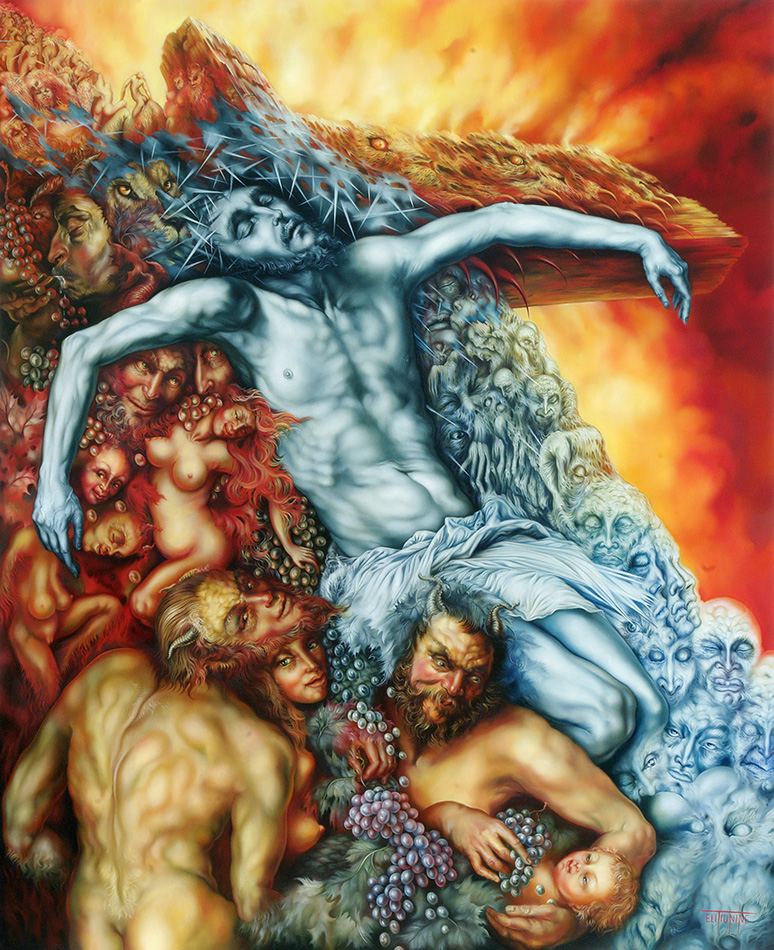 It was in this artistic environment that Eli Tiunine grew and learned all the painting techniques. At ten years old, she knew how to use pencil, water colour, charcoal, gouache, oil, tempera…

Later, in the communist time, it was very badly seen to work for the Catholic Church, and Eli suffered from this ostracism, seeing refusing, by several times the admission in Warsaw and Cracow Fine Arts Schools, for the simple reason for belonging to a family, opponent of the political regime.

“Alone, in his studio the painter goes to battle; He believes, loves, destroys, begs and repairs, trembles and kills, while praying.”

That‘s why she decided to emigrate to France in 1976. She was admitted in the Ecole Nationale Supérieure des Beaux-arts de Paris, and was graduated in 1981. Then, Eli Tiunine participated in very numerous exhibitions and Salons in France, Germany, Belgium, Dubai, Australia, United States… She also joined, around the personality of Lukas Kandl, the collective artists’ “Libellule”. In 2000, in the “Caroussel du Louvre”, she received the First Prize of the French Speaking Press, in the exhibition of the SNBA (Fine Arts National Society), member of which she has become.

Eli Tiunine’s inspiration feeds on all the founding myths of our civilization, in direct drive with the realities of our time. Her brush travels through mythology, philosophies, Christian iconography, dramas, enjoyments and pleasures of our flesh and our spirit. 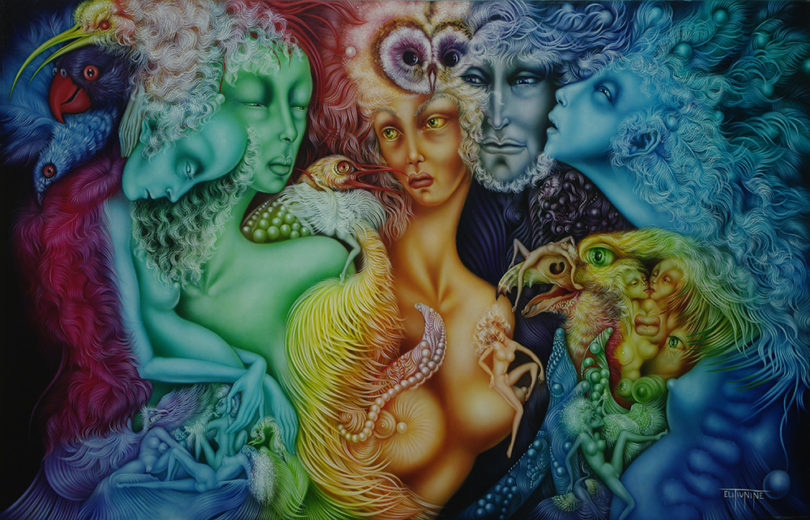 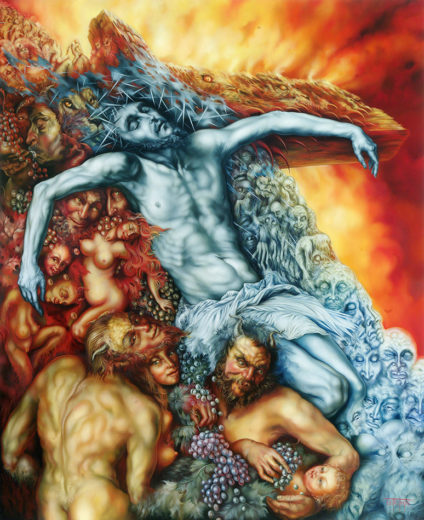 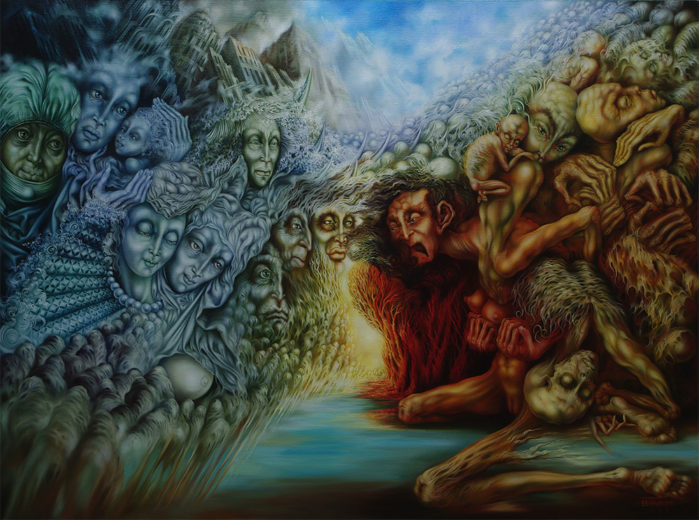