Alexandra Müller-Jontschewa was born 1948 in Sofia, Bulgaria. She grew up in an artistic influenced family. Her father was a professor of Type Design and principal of an art college. Her mother worked as a freelance graphic designer. It was therefore logical that Alexandra began to study at the Art school of Sofia in 1962, which she eventually completed successfully. After this she went to Germany to study at the Academy of Visual Arts in Leipzig. She graduated as Exhibition Design & Advertising Art. 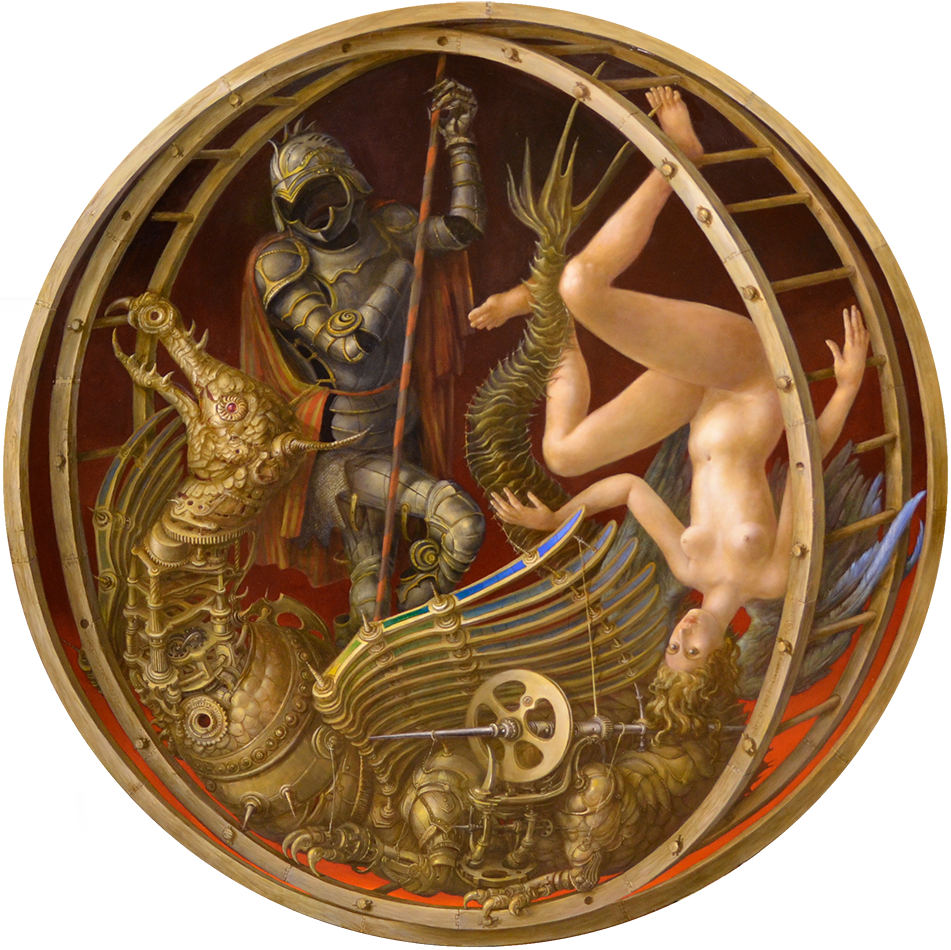 In this period Alexandra also met her husband Hans Peter Müller, who is also an artist by profession. They married in 1972, from that moment they are share a gallery space together. Until 1979 Alexandra worked as a freelancer in Leipzig, from 1979 to 2010 in Weida, Thuringia.

“My job
is to create images as good as I possibly can, the talk about what a good painting should look like
I leave to the
proffesionals”

“For 4 years I have been working on the theme of puppets. Despite the very sophisticated and intricate design, they can rarely operate. Are the puppets, in their limited ability to act and operate, an allegory, a surrealistic parable of our humanity”

Since 2006 she is also a member of the international artist group Libellule and annual exhibitions in the Salon Comparaisons / Grand Palais Paris. 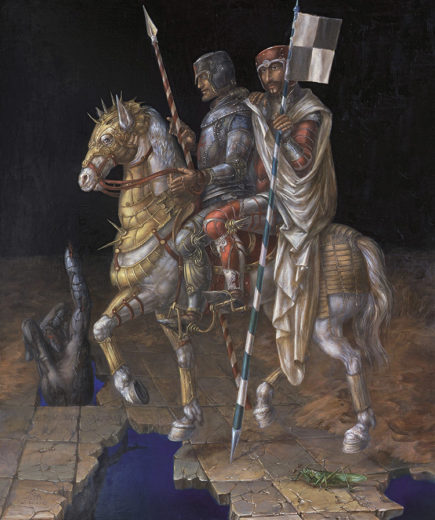 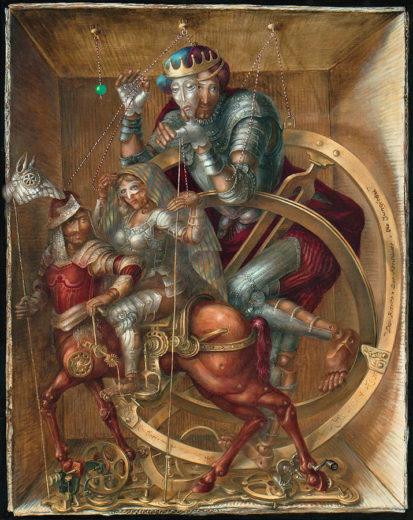 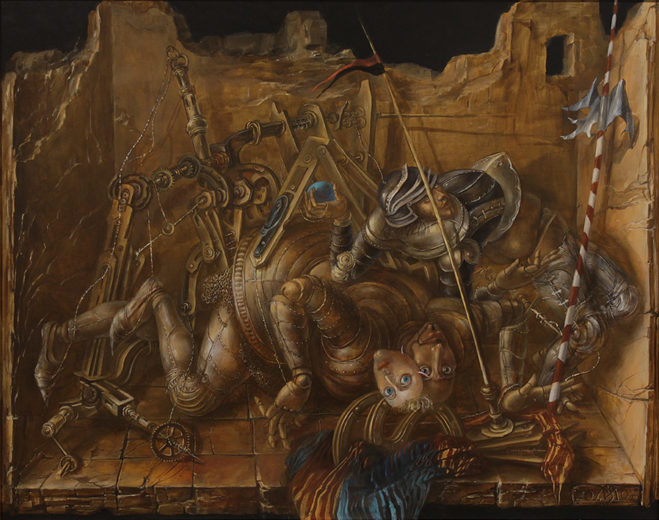 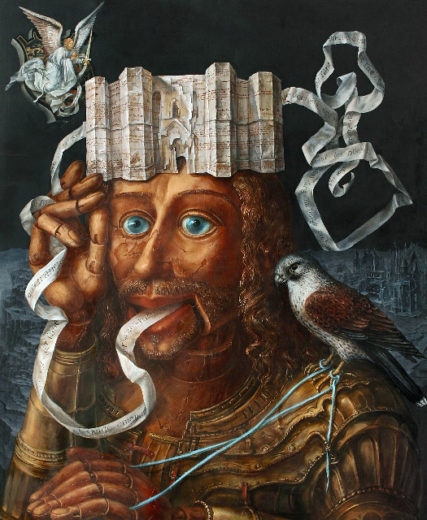 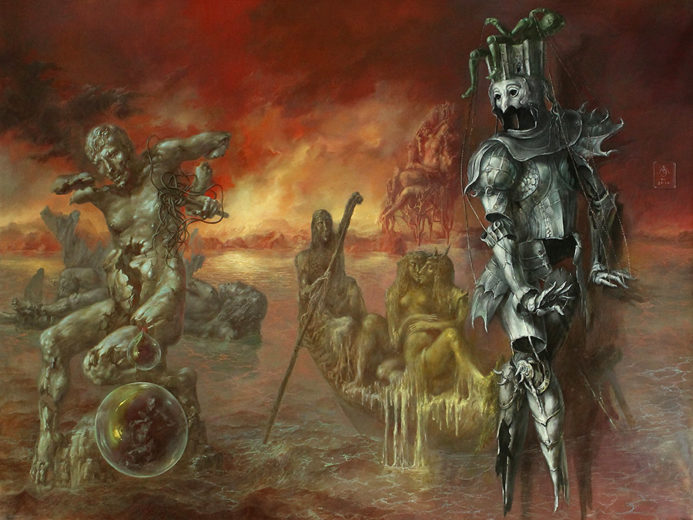 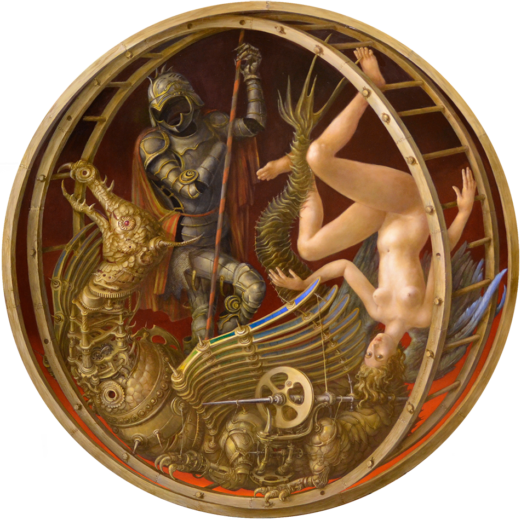 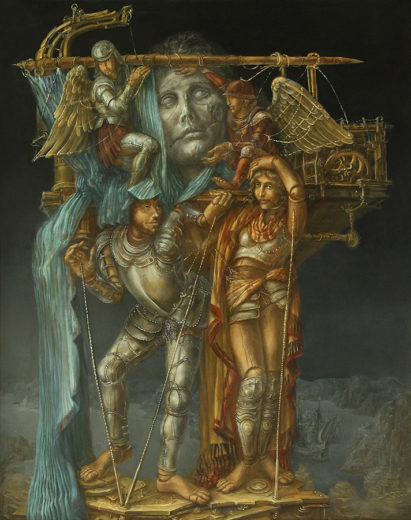