Hans Kanters is a Dutch artist and was born in Amsterdam in 1947. As an autodidact, he started his career by making paintings in 1967. Two decennia’s later (1986), he went to Switzerland to make lithographs. In 1992 he expands his creativity and translate his ideas in sculptures. Hans Kanters has lived in different countries such as, the Netherlands, Spain, Formentera and France. Ever since 1993 he has settled in Ibiza. From 2015 he is living in the Netherlands. 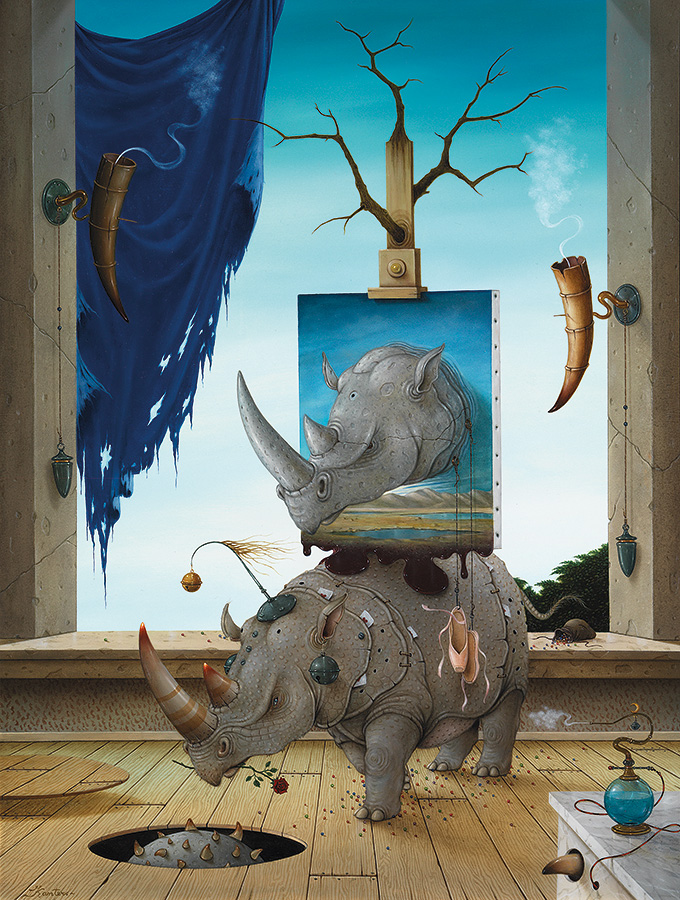 Kanters work is difficult to describe in a couple of sentences. What you can say is that he has his own unique style at an amazingly skilled technical level. The fascinating paintings with a lot of details depict life in all its facets of emotion, behaviour and social customs.

“It is just a painting and thank God for that”

Hans says:
“People ought to be able to get more out of it then I put into it, otherwise I have been doing something wrong. It is not just about the meaning, it is the emotion, humour and irony, tenderness and frustration, even rage that I am trying to convey.”

Hans Kanters has had exhibitions in the Netherlands, Belgium, France, Germany, Switzerland, Spain, the United States and Japan in galleries and Art Fairs. His work is in collections in these same countries. In the Museum Jan van der Togt in Amstelveen is a permanent collection of paintings of Hans Kanters. In this Museum he had solo exhibitions in 1992, 1997 and 2012 till January 2013.